Vitamin D is perhaps the single most underrated nutrient in the world of nutrition.

Just because drug companies can’t sell you sunlight, there’s no promotion of its health benefits.

Your body makes it when sunlight touches your skin.

The truth is, most people don’t know the real story on “vitamin D and health.”

So here’s an overview taken from an interview between Mike Adams and *Dr.Michael Holick*.

◆ 1. Vitamin D is *produced by your skin* in response to exposure to ultraviolet radiation *from natural sunlight*.

◆ 2. The healing rays of natural sunlight (that generate vitamin D in your skin) *cannot penetrate glass*.

So you don’t generate vitamin D when sitting in your car or home.

◆ 3. It is nearly impossible to get adequate amounts of vitamin D from your diet. *Sunlight exposure is the only reliable way* to generate vitamin D in your own body.

◆ 4. A person would have to drink *ten tall glasses* of vitamin D fortified milk each day just to get minimum levels of vitamin D into their diet.

◆ 5. The further you live from the equator, the longer exposure you need to the sun in order to generate vitamin D. Canada, the UK and most U.S. States are far from the equator.

◆ 6. People with dark skin pigmentation may need 20 – 30 times as much exposure to sunlight as fair-skinned people to generate the same amount of vitamin D.

That’s why prostate cancer is epidemic among black men — it’s a simple, but widespread, sunlight deficiency.

◆ 9. Even weak *sunscreens (SPF=8) block* your body’s ability to generate vitamin D by 95%. This is how sunscreen products actually cause disease -by creating a critical vitamin deficiency in the body.

◆ 10. It is impossible to generate too much vitamin D in your body from sunlight exposure: your body will self-regulate and only generate what it needs.

◆ 11. If it hurts to press firmly on your sternum(chest/breast bone), you may be suffering from chronic vitamin D deficiency right now.

◆ 12. Vitamin D is “activated” in your body by your *kidneys and liver* before it can be used.

◆ 14. The sunscreen industry doesn’t want you to know that your body actually needs sunlight exposure because that realization would mean lower sales of sunscreen products.

◆ 15. Even though vitamin D is one of the *most powerful healing chemicals in your body*, your body makes it absolutely free. No prescription required.

~ Other powerful *antioxidants* with this ability include the

~ Diseases and conditions cause by vitamin D deficiency:

● Osteoporosis is commonly caused by a lack of vitamin D, which greatly impairs calcium absorption.

● “Rickets” is the name of a bone-wasting disease caused by vitamin D deficiency.

● Vitamin D is used around the world to treat *Psoriasis*(a chronic skin disease).

● Vitamin D deficiency can cause ~

● Seasonal Affective Disorder is caused by a melatonin imbalance initiated by lack of exposure to sunlight.

● Chronic vitamin D deficiency is often misdiagnosed as “fibro myalgia” because its symptoms are so similar: *lmuscle weakness, aches and pains.

● Your risk of developing serious diseases like diabetes and cancer is *reduced 50% – 80%* through simple, sensible exposure to natural *sunlight 2-3 times each week*.

● Infants who receive vitamin D supplementation (2000 units daily) have an *80% reduced risk* of developing *type 1 diabetes* over the next twenty years.

¶ 40% of the U.S. population is vitamin D deficient.

¶ 42% of African American women of childbearing age are deficient in vitamin D.

¶ Up to 60% of all hospital patients are vitamin D deficient.

¶ 76% of pregnant mothers are severely vitamin D deficient, causing widespread vitamin D deficiencies in their unborn children, which predisposes them to type 1 diabetes, arthritis, multiple sclerosis and schizophrenia later in life. 81% of the children born to these mothers were deficient.

¶ Up to 80% of nursing home patients are vitamin D deficient 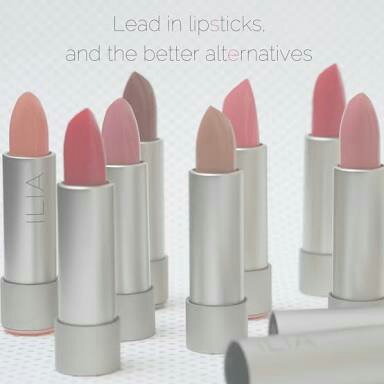 Who doesn’t love to wear lipstick? But what if that lipstick is hazardous? I know this question might be concerning you. So people I’m back with another blog which is about toxic lipsticks and how you can differentiate them.

This comes from someone
Who works in the breast cancer unit at Mt. Sinai Hospital , in Toronto ..

From: Dr. Nahid Neman
Recently a lipstick brand called ‘Red Earth’
Decreased their prices from
$67 to $9.90.
tI contained lead.
Lead is a chemical which causes cancer.
The lipstick brands that contain lead are:
CHRISTIAN DIOR
LANCOME
LAKME
MAYBELINE
CLINIQUE
Y.S.L.
ESTEE LAUDER
SHISEIDO
RED EARTH (Lip Gloss)
CHANEL (Lip Conditioner)
MARKET AMERICA-MOTNES LIPSTICK.
EL18
MANY LOCAL BRANDS SELLING IN CHINA, INDIA, UK, SINGAPORE, HONGKONG, USA, MALAYSIA..
The higher the lead content,
The greater the chance of causing cancer.
After doing a test on lipsticks,
It was found that the Y.S.L. Lipstick
Contained the most amount of lead.
Watch out for those lipsticks
Which are supposed to stay longer.
If your lipstick stays longer, it is
Because of the higher content of lead.

Here is the test you can do yourself:

This is a simple test you can do to check whether your lipstick is toxic or not. Hoping to see your feedback.

Have a great weekend.

The new horror movie “the nun” directed by Corin hardy is already making audiences go sophisticated with its terrifying story. The Nun is not the first movie in which valak has terrifying appearance, the shadowy spirit first appeared in The Conjuring 2 and then appeared in conjuring spin-off. All these three movies are somewhat related to each other. While promoting his new movie Corin hardy said: “That’s just you’re trying to do is to keep the audience off balance and you see it’s too hard to try and keep someone unsure of what’s about to happen next in the story, whether that kind of the overall atmosphere is just to make ‘em feel more ominous. It helps that if you’re feeling on edge and starting to grip the seats and get sweaty.

He also shared his supernatural experience. he further added: “I had a supernatural experience … I had a run in with a couple of, what I assume were, Romanian ghosts. For real in the Mogoșoaia fortress where we were filming the corridor of crosses sequence … It was based inside a room off the corridor in the darkness, a sealed room. As I went into the room, I saw a couple of guys I thought was sound guys, and it was very dark, low light. I said hello to them. And then I proceeded to watch the sequence that we were shooting …
Reading such kind of statements by Corin make me have goosebumps as well as makes me more excited for his upcoming project which is going to be super thrilling. I’m recommending it to all those people who love watching horror movies will surely find it worth watching, let us know your opinions in the comment section.